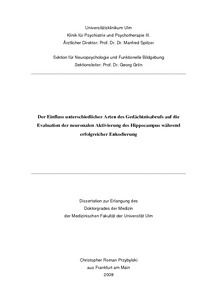 Hippocampal involvement during encoding has been probed using subsequent memory effects (SMEs) which are estimated by contrasting neural activities associated with successful versus unsuccessful memory encoding. Here, we tested the effect of associative recognition and cued recall on the evaluation of SMEs within the hippocampus. Functional magnetic resonance imaging was performed in twelve healthy, young male subjects during encoding of face-name associations. SMEs were derived by a two-alternative forced choice recognition either without or with subjective confidence ratings and cued recall. The recognition task without confidence judgements revealed a significant SME in the anterior left hippocampus. High confidence recognition, showed an SME again confined to the left anterior hippocampus, but only when using an exploratory analysis. By contrast, SMEs derived from cued recall were located in the posterior portions of the hippocampus bilaterally and hence locally distinct from SMEs derived from recognition tests. The observed dissociation might reflect different processes of associative encoding to serve different subsequent retrieval tasks. A role for the anterior hippocampus is suggested when subsequent retrieval benefits from encoding of associations as a single unit, while the posterior hippocampus supports encoding processes beneficial for the subsequent retrieval of the to-be-associated information.