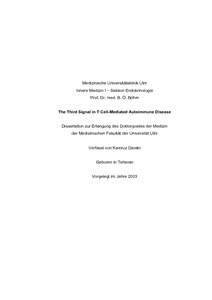 The initial event in the pathogenesis of autoimmune disease is thought to be the priming of naive autoreactive T cells by an infection with a cross-reactive microorganism. While such cross-reactive priming should be a common event, autoimmune disease does not frequently develop. This situation is reflected after the immunization of C57BL/6 mice with the neuroantigen MOG (Myelin Oligodendrocyte Glycoprotein) with CFA (Complete Freund’s Adjuvant) which primes a type 1 T cell response, but does not lead to clinical or histological manifestation of EAE (Experimental Allergic Encephalomyelitis) unless pertussis toxin is injected in addition. We show here that in MOG:CFA-primed mice the autoimmune CNS (Central Nervous System) pathology develops after intracerebral deposition of Toll-like receptor (TLR) 9 activating CpG (Cytosine-phospho-Guanine) oligonucleotides, but not following non-CpG oligonucleotide injection or after aseptic cryoinjury of the brain. Thus, access of primed MOG-specific Th1 cells to the uninflammed CNS or to CNS undergoing sterile inflammation did not suffice to elicit autoimmune pathology; only if the APC (Antigen Presenting Cells) in the target organ were activated in addition by the TLR9 stimulating microbial product, they did exert local effector functions. The data suggest that such 'licensing' of APC in the target organ by microbial stimuli represents a checkpoint for functional self tolerance. Therefore, microorganisms unrelated to the cross-reactive agent that primes the autoreactive T cells could dictate the onset and exacerbation of autoimmune diseases.