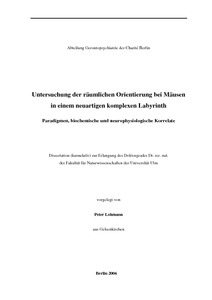 Impairment of hippocampal function precedes frontal and parietal cortex impairment in human Alzheimer’s disease (AD). Neurotrophins are critical for behavioral performance and neuronal survival in AD. We used complex and radial mazes to assess spatial orientation and learning in wild-type and B6-Tg(ThylAPP)23Sdz (APP23) animals, a transgenic mouse model of AD. We also assessed brain content of nerve growth factor (NGF), brain-derived neurotrophic factor (BDNF), and neurotrophin-3 (NT-3). Performance was alike in wild-type and APP23 animals in the radial maze. In contrast, performance in the complex maze was better in wild-type than APP23 animals. Contrary to the wild-type, hippocampal BDNF levels decreased on training in APP23 animals. Hippocampal and frontal cortex NGF levels in APP23 animals correlated with the time to solve the complex maze, but correlated inversely with escape time in wild-type animals. NT-3 levels were alike in wild-type and APP23 animals and were unchanged even after training. Both types of mazes depend on hippocampal integrity to some extent. However, according to the cognitive mapping theory of spatial learning the complex maze due to the increased complexity of the environment most likely depends stronger on preserved hippocampal function than the radial maze in the working memory configuration applied here. Greater impairment in complex maze performance than in radial maze performance thus resembles the predominant affliction of the loss of hippocampal function in human AD. NGF- and BDNF-levels on maze learning are different in wild-type and transgenic animals, indicating that biological markers of AD may be altered on challenge even though equilibrium levels are alike.