XML based service provisioning in converged voice and data networks 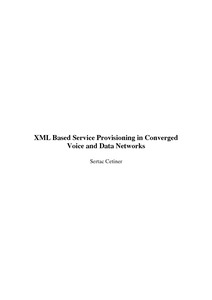