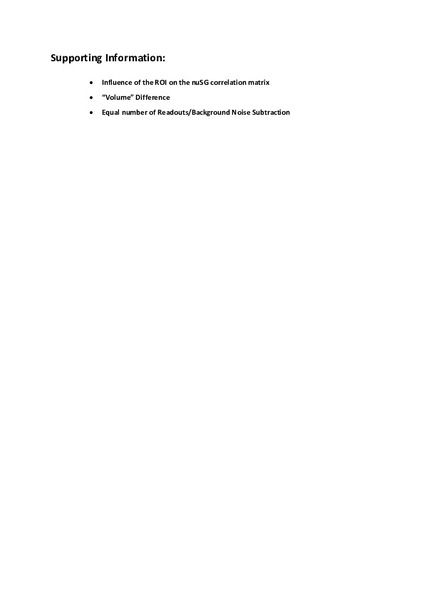 Purpose: To adapt the non-uniform Self-Gating (nuSG) method and compare it to established self-gating approaches for lung imaging in uniform and highly irregular respiratory patterns. Methods: Six healthy volunteers underwent free breathing lung MRI using a radial tiny golden angle ultrashort echo-time sequence. Acquisitions were performed with the volunteer breathing as uniformly as possible and with a deliberately non-uniform respiratory pattern. The acquired data was reconstructed with the nuSG method, previously introduced for cardiac imaging and imaging of the temporomandibular joint (TMJ) and compared to established k-space based and image-based self-gating approaches. Residual motion blur, SNR and functional values were assessed and compared to reference breath-hold acquisitions. Results: nuSG is capable of reconstructing high-quality images for uniform and non-uniform breathing patterns and is furthermore capable of resolving motion in cases where additional motion is superimposed or no clear motion surrogate exists. Derived functional values do not differ significantly from other image-based gated reconstructions - and in the case of non-uniform respiratory patterns replicate the reference BH values. Conclusion: Image based approaches are computationally more demanding but yield better results in all aspects. In scenarios with a direct surrogate for respiratory motion (i.e. the lung-liver interface) the extraction of a one-dimensional navigator is sufficient. When there is no direct surrogate for the motion of the target structure available (e.g., considerable through-plane motion or a different source of motion), the two-dimensional correlation-based measure used in nuSG is able to track the motion more accurately.