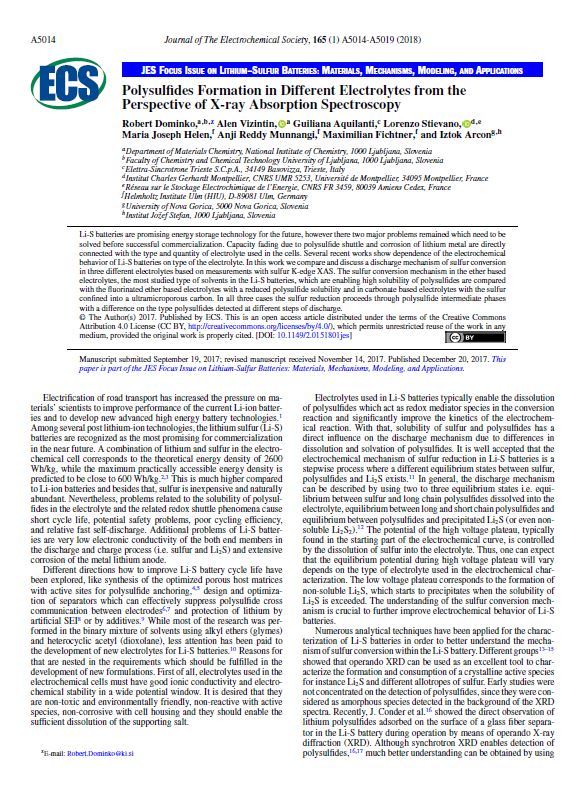 Li-S batteries are promising energy storage technology for the future, however there two major problems remained which need to be solved before successful commercialization. Capacity fading due to polysulfide shuttle and corrosion of lithium metal are directly connected with the type and quantity of electrolyte used in the cells. Several recent works show dependence of the electrochemical behavior of Li-S batteries on type of the electrolyte. In this work we compare and discuss a discharge mechanism of sulfur conversion in three different electrolytes based on measurements with sulfur K-edge XAS. The sulfur conversion mechanism in the ether based electrolytes, the most studied type of solvents in the Li-S batteries, which are enabling high solubility of polysulfides are compared with the fluorinated ether based electrolytes with a reduced polysulfide solubility and in carbonate based electrolytes with the sulfur confined into a ultramicroporous carbon. In all three cases the sulfur reduction proceeds through polysulfide intermediate phases with a difference on the type polysulfides detected at different steps of discharge.