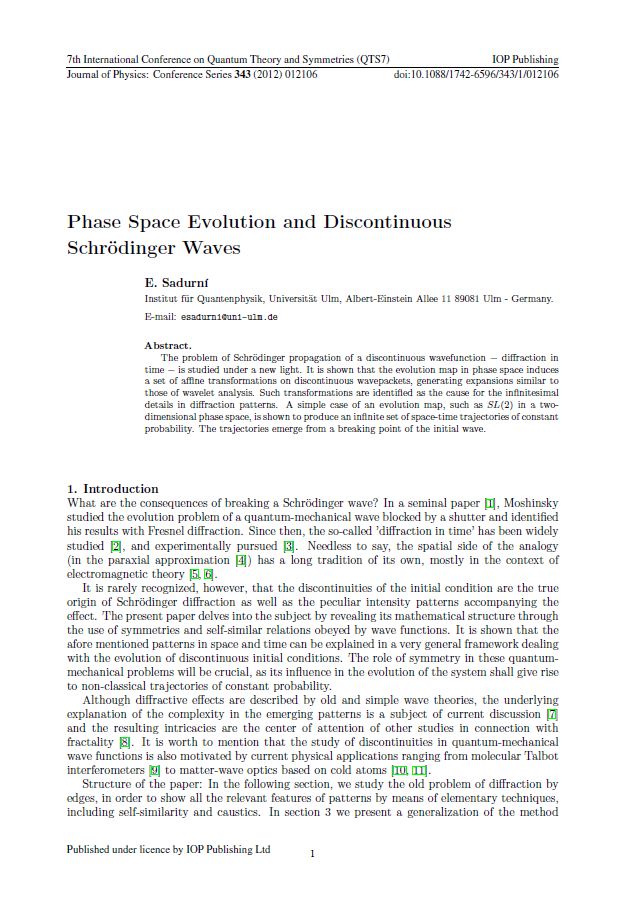 The problem of Schrödinger propagation of a discontinuous wavefunction – diffraction in time – is studied under a new light. It is shown that the evolution map in phase space induces a set of affine transformations on discontinuous wavepackets, generating expansions similar to those of wavelet analysis. Such transformations are identified as the cause for the infinitesimal details in diffraction patterns. A simple case of an evolution map, such as SL(2) in a two-dimensional phase space, is shown to produce an infinite set of space-time trajectories of constant probability. The trajectories emerge from a breaking point of the initial wave.