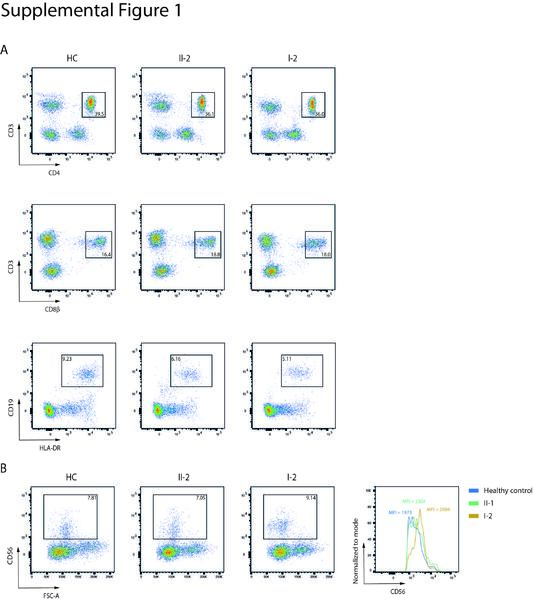 Severe Combined Immune Deficiency (SCID) is a primary deficiency of the immune system in which opportunistic and recurring infections are often fatal during neonatal or infant life. SCID is caused by an increasing number of genetic defects that induce an abrogation of T lymphocyte development or function in which B and NK cells might be affected as well. Because of the increased availability and usage of next-generation sequencing (NGS), many novel variants in SCID genes are being identified and cause a heterogeneous disease spectrum. However, the molecular and functional implications of these new variants, of which some are non-coding, are often not characterized in detail. Using targeted NGS, we identified a novel homozygous c.465-1G>C splice acceptor site variant in the DCLRE1C gene in a T-B-NK+ SCID patient and fully characterized the molecular and functional impact. By performing a minigene splicing reporter assay, we revealed deregulated splicing of the DCLRE1C transcript since a cryptic splice acceptor in exon 7 was employed. This induced a frameshift and the generation of a p.Arg155Serfs*15 premature termination codon (PTC) within all DCLRE1C splice variants, resulting in the absence of full-length ARTEMIS protein. Consistently, a V(D)J recombination assay and a G0 micronucleus assay demonstrated the inability of the predicted mutant ARTEMIS protein to perform V(D)J recombination and DNA damage repair, respectively. Together, these experiments molecularly and functionally clarify how a newly identified c.465-1G>C variant in the DCLRE1C gene is responsible for inducing SCID. In a clinical context, this demonstrates how the experimental validation of new gene variants, that are identified by NGS, can facilitate the diagnosis of SCID which can be vital for implementing appropriate therapies.