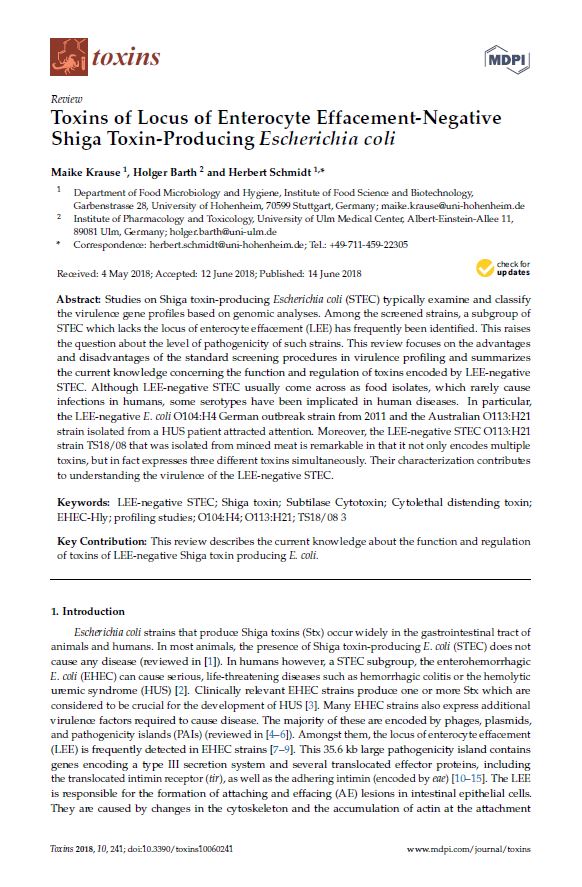 Studies on Shiga toxin-producing Escherichia coli (STEC) typically examine and classify the virulence gene profiles based on genomic analyses. Among the screened strains, a subgroup of STEC which lacks the locus of enterocyte effacement (LEE) has frequently been identified. This raises the question about the level of pathogenicity of such strains. This review focuses on the advantages and disadvantages of the standard screening procedures in virulence profiling and summarizes the current knowledge concerning the function and regulation of toxins encoded by LEE-negative STEC. Although LEE-negative STEC usually come across as food isolates, which rarely cause infections in humans, some serotypes have been implicated in human diseases. In particular, the LEE-negative E. coli O104:H4 German outbreak strain from 2011 and the Australian O113:H21 strain isolated from a HUS patient attracted attention. Moreover, the LEE-negative STEC O113:H21 strain TS18/08 that was isolated from minced meat is remarkable in that it not only encodes multiple toxins, but in fact expresses three different toxins simultaneously. Their characterization contributes to understanding the virulence of the LEE-negative STEC.