The cycle of violence as a function of PTSD and appetitive aggression: A longitudinal study with Burundian soldiers 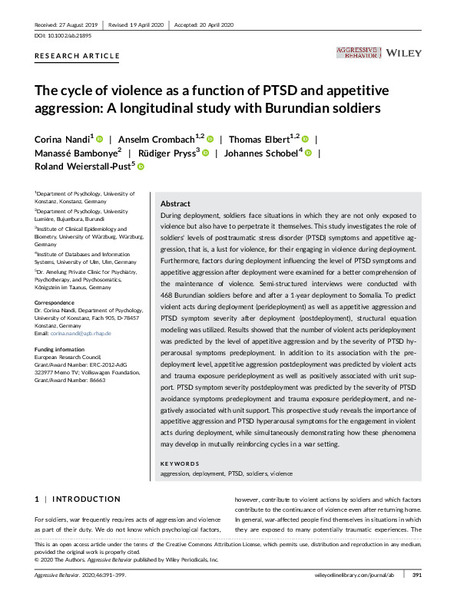