High prevalence of insecure attachment in patients with primary hypertension 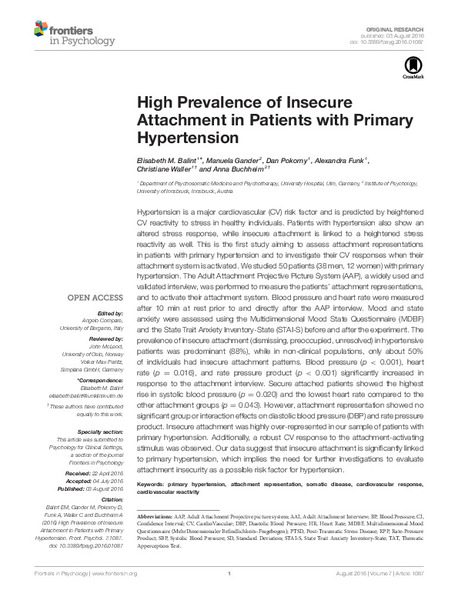