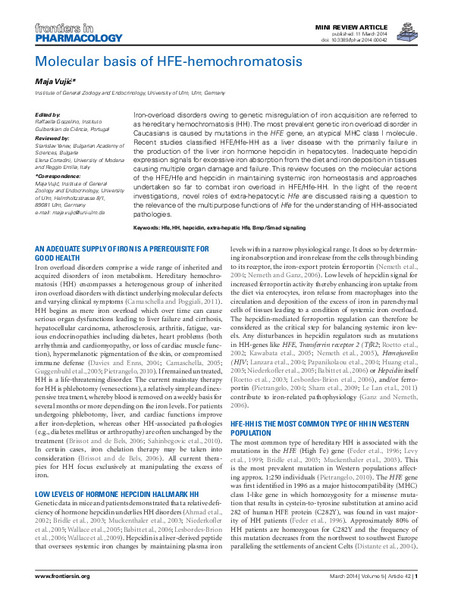 Iron-overload disorders owing to genetic misregulation of iron acquisition are referred to as hereditary hemochromatosis (HH). The most prevalent genetic iron overload disorder in Caucasians is caused by mutations in the HFE gene, an atypical MHC class I molecule. Recent studies classified HFE/Hfe-HH as a liver disease with the primarily failure in the production of the liver iron hormone hepcidin in hepatocytes. Inadequate hepcidin expression signals for excessive iron absorption from the diet and iron deposition in tissues causing multiple organ damage and failure. This review focuses on the molecular actions of the HFE/Hfe and hepcidin in maintaining systemic iron homeostasis and approaches undertaken so far to combat iron overload in HFE/Hfe-HH. In the light of the recent investigations, novel roles of extra-hepatocytic Hfe are discussed raising a question to the relevance of the multipurpose functions of Hfe for the understanding of HH-associated pathologies.