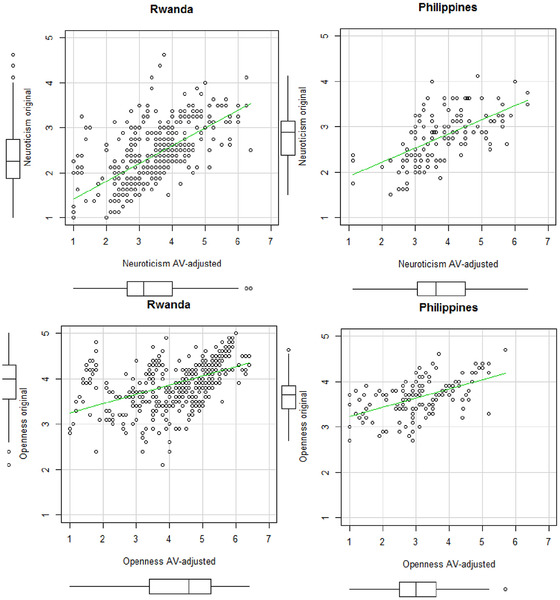 Data from self-report tools cannot be readily compared between cultures due to culturally specific ways of using a response scale. As such, anchoring vignettes have been proposed as a suitable methodology for correcting against this difference. We developed anchoring vignettes for the Big Five Inventory-44 (BFI-44) to supplement its Likert-type response options. Based on two samples (Rwanda: n = 423; Philippines: n = 143), we evaluated the psychometric properties of the measure both before and after applying the anchoring vignette adjustment. Results show that adjusted scores had better measurement properties, including improved reliability and a more orthogonal correlational structure, relative to scores based on the original Likert scale. Correlations of the Big Five Personality Factors with life satisfaction were essentially unchanged after the vignette-adjustment while correlations with counterproductive were noticeably lower. Overall, these changed findings suggest that the use of anchoring vignette methodology improves the cross-cultural comparability of self-reported personality, a finding of potential interest to the field of global workforce research and development as well as educational policymakers.