Differences in fracture healing between female and male C57BL/6J mice 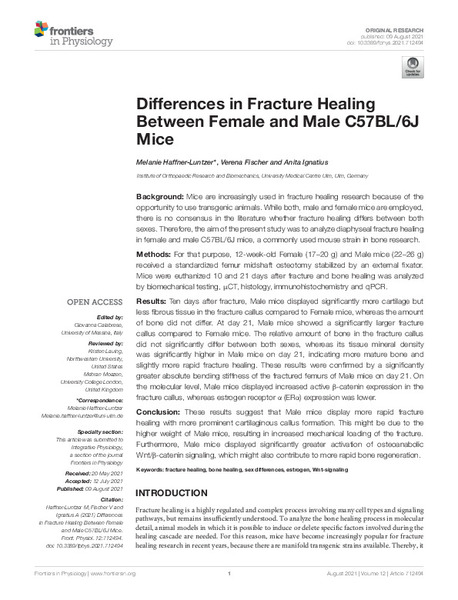