Apparent length as a function of context elements 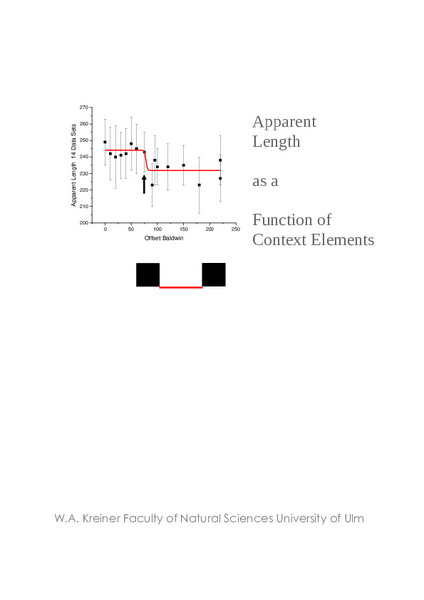 In the Baldwin, in the Dumbbell as well as in the Mueller-Lyer illusion a line extends horizontally between two context elements. Its apparent length differs from the one it would exhibit when viewed on its own. The apparent length of the target line changes as soon as it is shifted downwards, perpendicularly to the direction of its extent, gradually leaving its context. Plotting the observed length versus the offset, this diagram shows features characteristic for each particular type of context elements (squares, balls or wings). A function describing growth is fitted to the experimental values. Hypothetically, the length illusion is explained as due to crosstalk.