A combination of combat experience, early abduction, and severe traumatization fuels appetitive aggression and violence among abductees of rebel war in Northern Uganda 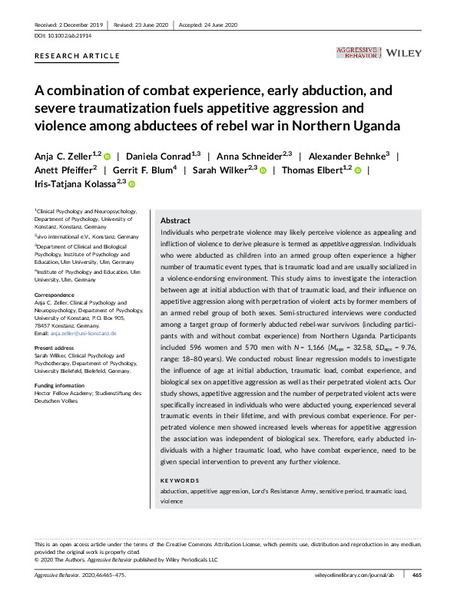