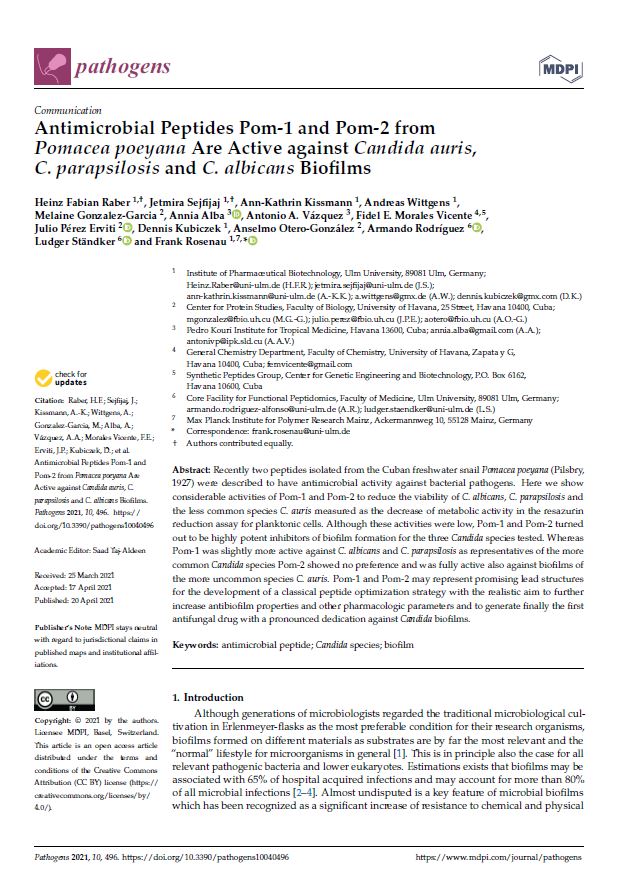 Recently two peptides isolated from the Cuban freshwater snail Pomacea poeyana (Pilsbry, 1927) were described to have antimicrobial activity against bacterial pathogens. Here we show considerable activities of Pom-1 and Pom-2 to reduce the viability of C. albicans, C. parapsilosis and the less common species C. auris measured as the decrease of metabolic activity in the resazurin reduction assay for planktonic cells. Although these activities were low, Pom-1 and Pom-2 turned out to be highly potent inhibitors of biofilm formation for the three Candida species tested. Whereas Pom-1 was slightly more active against C. albicans and C. parapsilosis as representatives of the more common Candida species Pom-2 showed no preference and was fully active also against biofilms of the more uncommon species C. auris. Pom-1 and Pom-2 may represent promising lead structures for the development of a classical peptide optimization strategy with the realistic aim to further increase antibiofilm properties and other pharmacologic parameters and to generate finally the first antifungal drug with a pronounced dedication against Candida biofilms