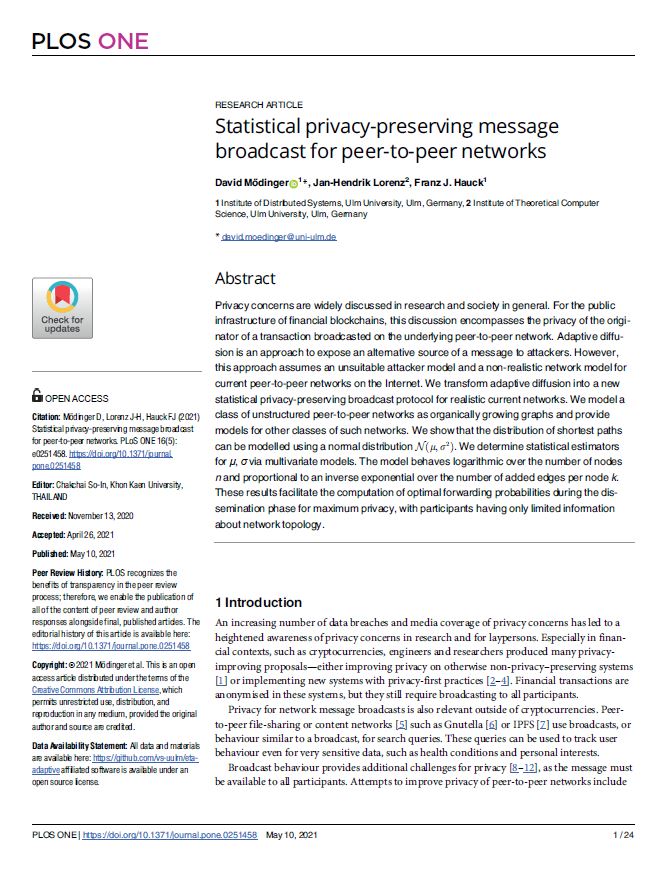 Privacy concerns are widely discussed in research and society in general. For the public infrastructure of financial blockchains, this discussion encompasses the privacy of the originator of a transaction broadcasted on the underlying peer-to-peer network. Adaptive diffusion is an approach to expose an alternative source of a message to attackers. However, this approach assumes an unsuitable attacker model and a non-realistic network model for current peer-to-peer networks on the Internet. We transform adaptive diffusion into a new statistical privacy-preserving broadcast protocol for realistic current networks. We model a class of unstructured peer-to-peer networks as organically growing graphs and provide models for other classes of such networks. We show that the distribution of shortest paths can be modelled using a normal distribution Nðm; s2Þ. We determine statistical estimators for μ, σ via multivariate models. The model behaves logarithmic over the number of nodes n and proportional to an inverse exponential over the number of added edges per node k. These results facilitate the computation of optimal forwarding probabilities during the dissemination phase for maximum privacy, with participants having only limited information about network topology.