The Molecular Function of PURA and Its Implications in Neurological Diseases 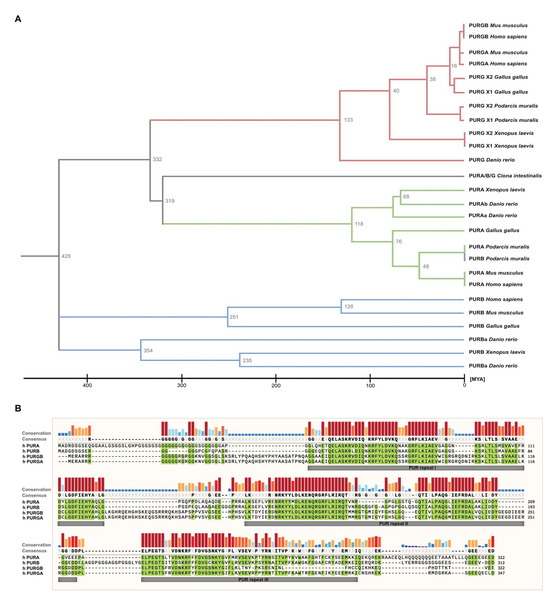 In recent years, genome-wide analyses of patients have resulted in the identification of a number of neurodevelopmental disorders. Several of them are caused by mutations in genes that encode for RNA-binding proteins. One of these genes is PURA, for which in 2014 mutations have been shown to cause the neurodevelopmental disorder PURA syndrome. Besides intellectual disability (ID), patients develop a variety of symptoms, including hypotonia, metabolic abnormalities as well as epileptic seizures. This review aims to provide a comprehensive assessment of research of the last 30 years on PURA and its recently discovered involvement in neuropathological abnormalities. Being a DNA- and RNA-binding protein, PURA has been implicated in transcriptional control as well as in cytoplasmic RNA localization. Molecular interactions are described and rated according to their validation state as physiological targets. This information will be put into perspective with available structural and biophysical insights on PURA’s molecular functions. Two different knock-out mouse models have been reported with partially contradicting observations. They are compared and put into context with cell biological observations and patient-derived information. In addition to PURA syndrome, the PURA protein has been found in pathological, RNA-containing foci of patients with the RNA-repeat expansion diseases such as fragile X-associated tremor ataxia syndrome (FXTAS) and amyotrophic lateral sclerosis (ALS)/fronto-temporal dementia (FTD) spectrum disorder. We discuss the potential role of PURA in these neurodegenerative disorders and existing evidence that PURA might act as a neuroprotective factor. In summary, this review aims at informing researchers as well as clinicians on our current knowledge of PURA’s molecular and cellular functions as well as its implications in very different neuronal disorders.