Cav2.3 channels contribute to dopaminergic neuron loss in a model of Parkinson’s disease 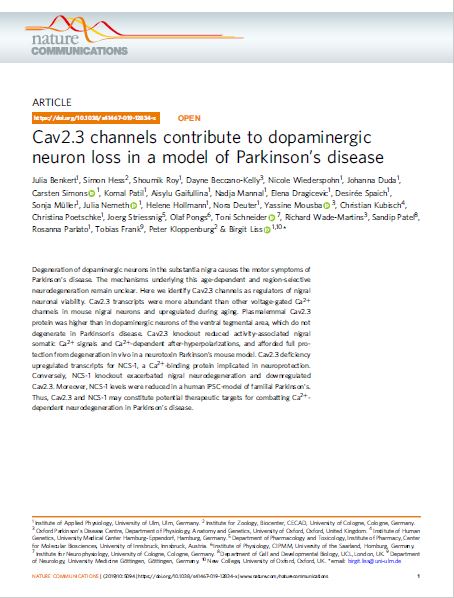