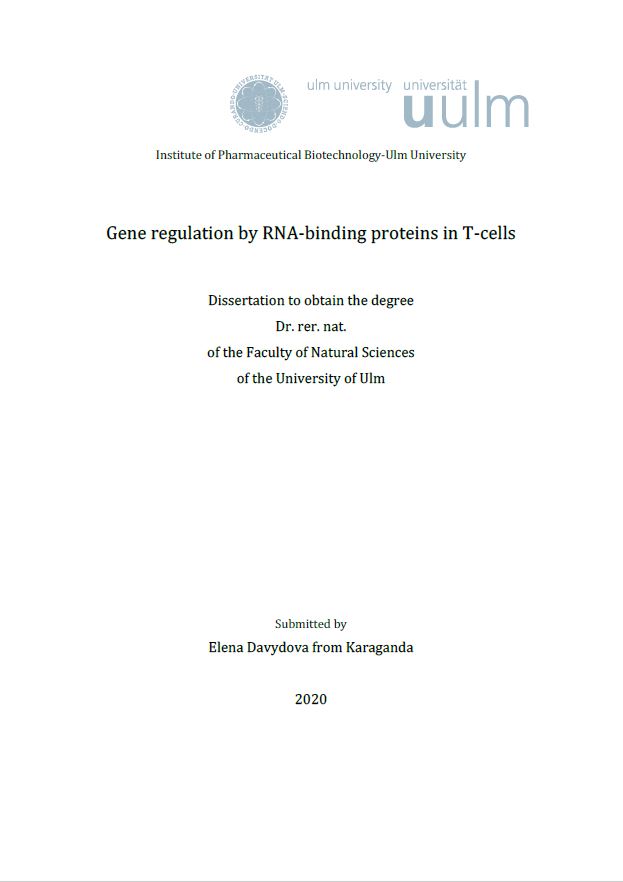 This dissertation advances our understanding of the post-transcriptional regulation in T-cells. Roquin-1 and its paralog Roquin-2 are important RNA binding proteins, which are crucial in regulation of T-cell differentiation. The regulation is achieved when Roquin recognizes secondary structure elements in the 3’UTRs of its target mRNAs and induces their decay by recruiting the decapping and deadenylase complexes. Roquin-1 mutants in mice and humans show autoimmune phenotypes. Since its discovery, a lot of effort has been directed to identify cofactors of Roquin-1 and to understand its specificity for binding particular RNAs as well as the mechanism of the regulation of CD4+ T-cells. However, several questions remain open. In this study, the interactions of Roquin-1 were assessed and validated using a variety of biochemical and biophysical methods (i.e. Surface Plasmon Resonance (SPR), Electrophoretic Mobility Shift Assays (EMSAs), X-ray crystallography and Nuclear Magnetic Resonance (NMR)). These interactions involved potential new protein cofactors of Roquin-1 and target RNAs that Roquin-1 regulates in post-transcriptional level. My results demonstrated that Roquin-1 and a novel RNA interacting protein, NUFIP2, interact with high affinity. Each of them recognizes and binds to two neighboring stem-loops in the 3’UTR of mRNAs encoding the ICOS and Ox40 costimulatory receptors. NUFIP2 and Roquin-1 form a ternary complex with mRNA that potentially activates the deadenylation and decapping of the targeted mRNA. Furthermore, the scenario of a potential interaction of Roquin-1 with another cofactor termed Regnase-1 was examined. Although both proteins share a number of common mRNA targets and they are both regulated by paracaspase MALT1, there were observations that the two proteins show spatiotemporally distinct activities. I therefore tested and confirmed the interaction of Roquin-1 and Regnase-1 in vitro and demonstrated that the two proteins together can form a ternary complex with a triloop stem structure in the 3’ UTR of the Regnase-1 mRNA. Further experiments provided the evidence that the previously reported sanroque mutation of Roquin-1 (M199R) affects the interaction between Roquin-1 and Regnase-1, which might explain the severe autoimmune phenotype of sanroque mice. Additionally, I solved the structure of the ROQ domain of Roquin-1 with an adenylate/uridylate-rich element (ARE) loop, which demonstrated that ARE sequences adopt a CDE-like fold and can be functional targets of the Roquin-1 protein. Taken together, my current study expands our knowledge on the assembly of mRNA-protein complex interactions, which coordinate the mRNA regulation in T-cells.