Characterization of the ProSAP1/Shank2 knock-out mouse 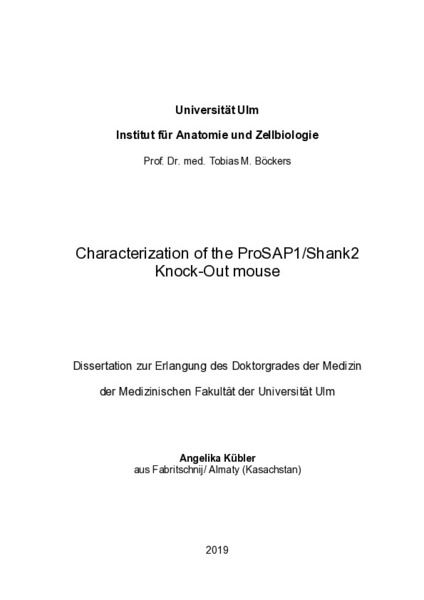 Proline-rich synapse- associated (ProSAP)/ SH3 and ankyrin repeats containing (Shank) proteins are located in deeper parts of the post-synaptic density in excitatory neurons, where they act as master-scaffolding molecules. The protein family consists of three members: ProSAP1/Shank2, ProSAP2/Shank3 and ProSAP3/Shank1, which are differently distributed throughout the brain. Mutations within these proteins have been associated with neurodevelopmental and neuropsychiatric disorders in human patients, including autism-spectrum disorders, intellectual disability, schizophrenia and bipolar disorder. To gain insight into the pathophysiology of these conditions, several knock-out mouse lines were generated throughout the world. The first of these mutant lines is presented here, called ProSAP1/Shank2(Δex7) KO which was shown to present autism-like behaviour and hyperactivity.