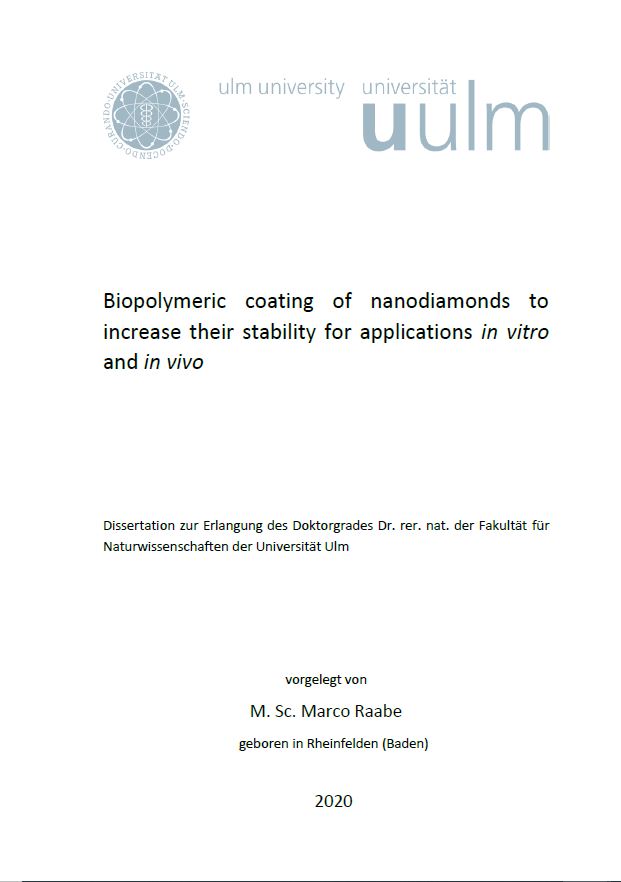 In the past decade, nanodiamonds emerged as promising candidates in the field of nanomedicine, bioimaging, and nanoscale sensing due to their outstanding magnetic and optical properties. Nanodiamonds containing negatively-charged nitrogen vacancy centers possess a stable fluorescence with a wavelength close to the near infrared and show no photobleaching or blinking. Furthermore, nanodiamonds are biocompatible which was demonstrated in various organisms. Taken together, these are the optimal prerequisites for long-term fluorescence imaging or super-resolution microscopy. In addition, polarization of spins of 13C enriched nanodiamonds could pave the way for magnetic resonance imaging in future. Next to imaging, the negatively-charged nitrogen vacancy centers located inside the nanodiamond lattice act as nanoscale sensors due to their magneto-optical properties. This enables to measure external single spins, electric and magnetic fields, temperature, pH-value, and electric charges. However, nanodiamonds tend to aggregate very strongly in physiological environments and hence designing proper coating material is inevitable. Therefore, before nanodiamonds can be applied routinely in bioimaging or nanoscale sensing these limitations need to be overcome. Coating of nanodiamonds must not only improve their colloidal stability and retain their good biocompatibility but also should not interfere with their magneto-optical properties. In the past years, various coating materials have been invented but they were mostly designed for a specific application and not for broad usage. In this thesis, we present two bio-inspired coating materials for nanodiamond stabilization and functionalization. The first coating has been inspired by protein corona formation around nanoparticles in Nature. Starting from the blood plasma protein human serum albumin, we designed a positively-charged copolymer by attaching polyethylene glycol chains. Negatively-charged nanodiamonds were coated by electrostatic, non-covalent adsorption of the polycationic protein. This protein coating could be easily functionalized and applied in different fields of bioimaging. In cells, we used correlative light–electron microscopy to visualize nanodiamond clusters in nanoscale resolution allowing to distinguish individual nanodiamonds. Furthermore, we applied energy filtered transmission electron microscopy to identify single nanodiamonds, which did not belong to a cluster, inside cells for the first time. Using this technique, we showed single nanodiamond uptake into cells as well as single nanodiamonds which were located in a mitochondrion. In vivo, we proved the integrity of the coating and the successful crossing of coated nanodiamonds of the blood–brain barrier. Furthermore, we designed a protein material which allowed us to perform magnetic resonance imaging with high contrast in chick embryos. This new material could pave the way to magnetic resonance imaging of coated nanodiamonds. The second coating strategy has been inspired by mussel foot proteins. The small molecule L-3,4-dihydroxyphenylalanine (L-DOPA) self-polymerized starting from the surface of nanodiamonds and formed a three-dimensional polymer network. In contrast to the flexible protein coating, the poly(L-DOPA) allowed us to control the thickness of the shell very precisely. Due to its strong absorption, poly(L-DOPA) is known to possess a photothermal effect which was conferred to poly(L-DOPA) coated nanodiamonds. After absorbing indo¬cyanine green and transferrin to improve the photothermal effect and induce cell targeting, a strong photothermal effect of the construct was observed in HeLa cells with spatial control by adjusting the diameter of the laser beam. Notably, the photothermal effect could be induced in HeLa cells even at a very low power of the laser beam. In summary, we developed two bio-inspired coatings of nanodiamonds and applied these coated nanodiamonds in different fields, such as photothermal application and bioimaging, as well as in different living systems from 2D cell culture up to in vivo applications.