Age, gender, personality, ideological attitudes and individual differences in a person's news spectrum: how many and who might be prone to “filter bubbles” and “echo chambers” online? 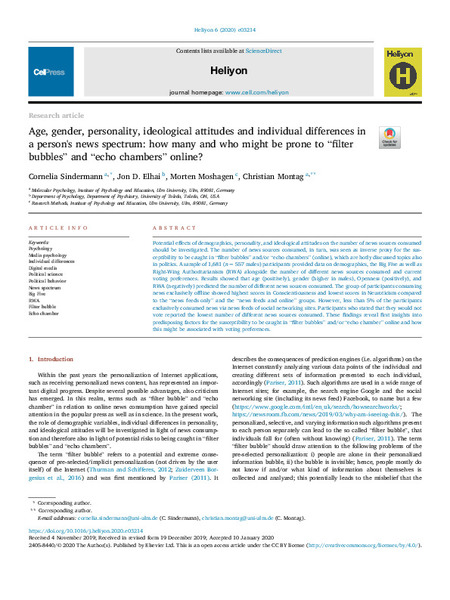