Sulfate, bisulfate, and hydrogen co-adsorption on Pt(111) and Au(111)in an electrochemical environment 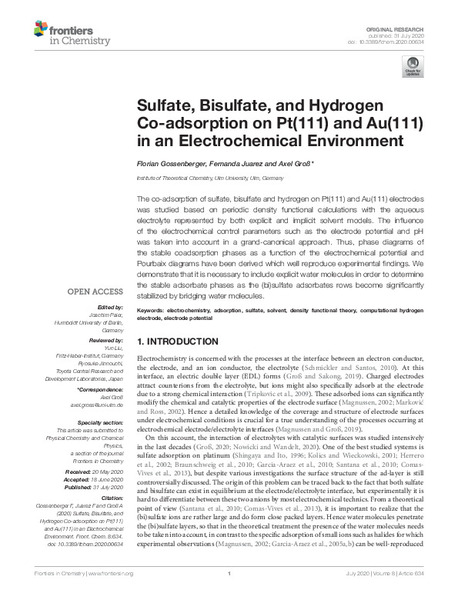 The co-adsorption of sulfate, bisulfate and hydrogen on Pt(111) and Au(111) electrodes was studied based on periodic density functional calculations with the aqueous electrolyte represented by both explicit and implicit solvent models. The influence of the electrochemical control parameters such as the electrode potential and pH was taken into account in a grand-canonical approach. Thus, phase diagrams of the stable coadsorption phases as a function of the electrochemical potential and Pourbaix diagrams have been derived which well reproduce experimental findings. We demonstrate that it is necessary to include explicit water molecules in order to determine the stable adsorbate phases as the (bi)sulfate adsorbates rows become significantly stabilized by bridging water molecules.