The attraction of the dung beetle anoplotrupes stercorosus (coleoptera: geotrupidae) to volatiles from vertebrate cadavers 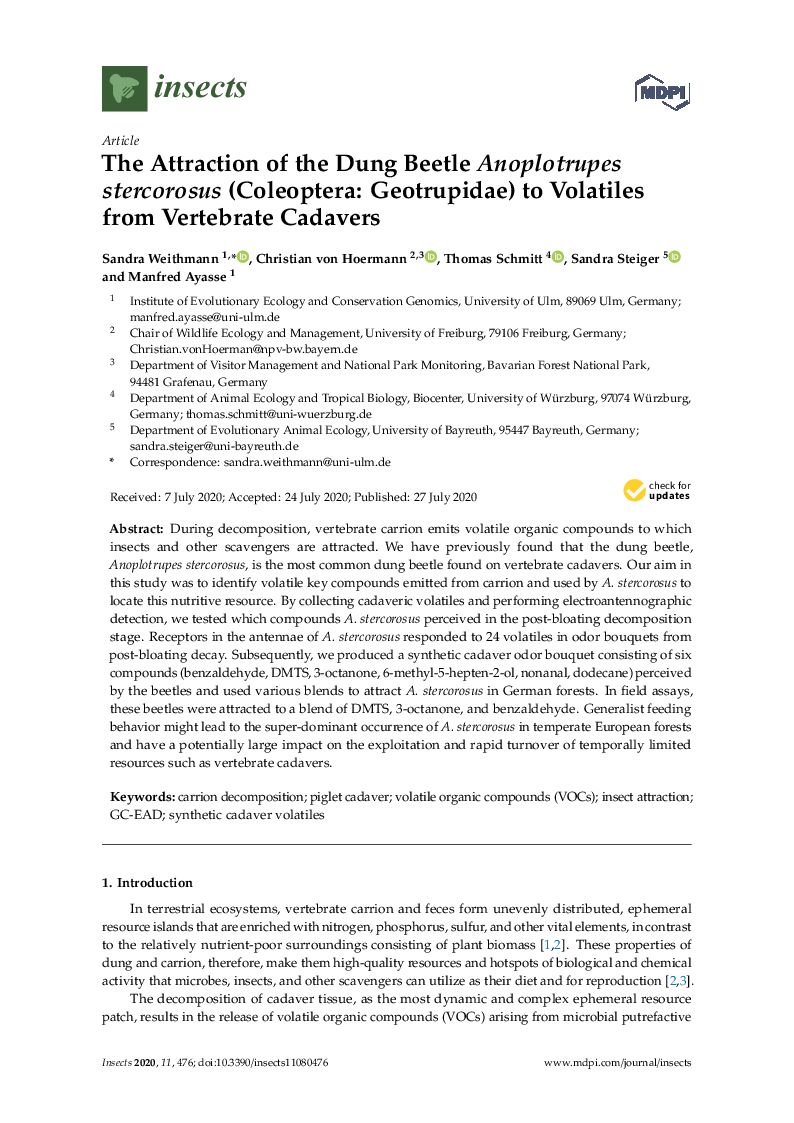 During decomposition, vertebrate carrion emits volatile organic compounds to which insects and other scavengers are attracted. We have previously found that the dung beetle, Anoplotrupes stercorosus, is the most common dung beetle found on vertebrate cadavers. Our aim in this study was to identify volatile key compounds emitted from carrion and used by A. stercorosus to locate this nutritive resource. By collecting cadaveric volatiles and performing electroantennographic detection, we tested which compounds A. stercorosus perceived in the post-bloating decomposition stage. Receptors in the antennae of A. stercorosus responded to 24 volatiles in odor bouquets from post-bloating decay. Subsequently, we produced a synthetic cadaver odor bouquet consisting of six compounds (benzaldehyde, DMTS, 3-octanone, 6-methyl-5-hepten-2-ol, nonanal, dodecane) perceived by the beetles and used various blends to attract A. stercorosus in German forests. In field assays, these beetles were attracted to a blend of DMTS, 3-octanone, and benzaldehyde. Generalist feeding behavior might lead to the super-dominant occurrence of A. stercorosus in temperate European forests and have a potentially large impact on the exploitation and rapid turnover of temporally limited resources such as vertebrate cadavers.