Analysis of the green gap problem in III-nitride LEDs 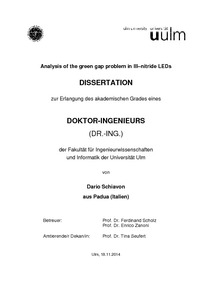 The green gap problem refers to the lack of high-efficacy LEDs in the green-yellow range of the visible spectrum. From the side of the III-nitride LEDs, it is caused mainly by the increase of the efficiency droop, but also in part by the increase of the electrical losses, with respect to shorter-wavelength LEDs. This study clarifies some points about the causes of the green gap. Empirical measurements of the recombination rate coefficients show that the droop aggravates with increasing wavelength mainly due to the increase of the radiative carrier lifetime with increasing wavelength. Being clear that the problem of the droop could be overcome by operating the quantum wells at lower carrier injection rates, the possibility of using an InGaN phosphor to convert the blue light of a more efficient blue LED into green light was considered. A device based on this concept was realized and its efficacy surpassed that of a traditional green LED.