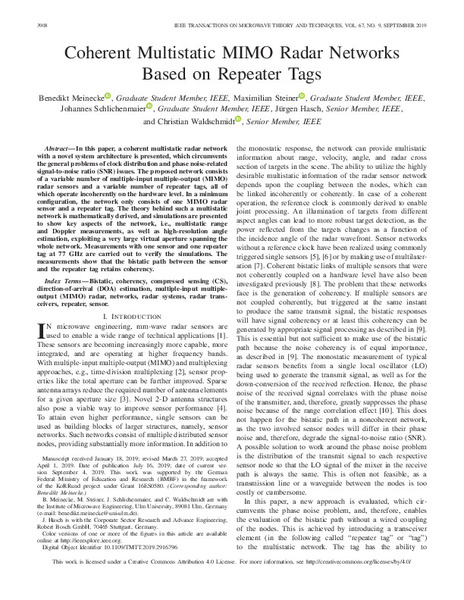 In this paper, a coherent multistatic radar network with a novel system architecture is presented, which circumvents the general problems of clock distribution and phase noise related signal-to-noise ratio (SNR) issues. The proposed network consists of a variable number of multiple-input multiple-output (MIMO) radar sensors and a variable number of repeater tags, all of which operate incoherently on the hardware level. In a minimum configuration, the network only consists of one MIMO radar sensor and a repeater tag. The theory behind such a multistatic network is mathematically derived and simulations are presented to show key aspects of the network, i.e. multistatic range and Doppler measurements as well as high resolution angle estimation exploiting a very large virtual aperture spanning the whole network. Measurements with one sensor and one repeater tag at 77 GHz are carried out to verify the simulations. The measurements show that the bistatic path between the sensor and repeater tag retains coherency.