Properties and structure of the electrified gold/ionic liquid interface 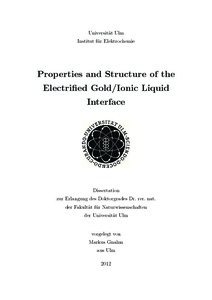 The electrochemical interface of gold in ionic liquids has been characterized by cyclic voltammetry, electrochemical impedance spectroscopy and in situ STM, especially in two distinct potential ranges. In the vicinity of the potential of zero total charge charging of the double layer is rather slow; it appears as if the ions comprising the ionic liquid would slowly exchange each other at the surface. In the other, very negative region the ordering of the cations has been observed by STM.