Formal verification of a coordinated atomic action based design 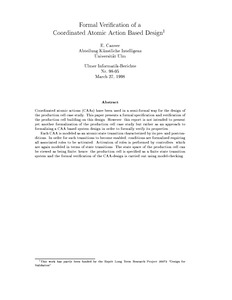