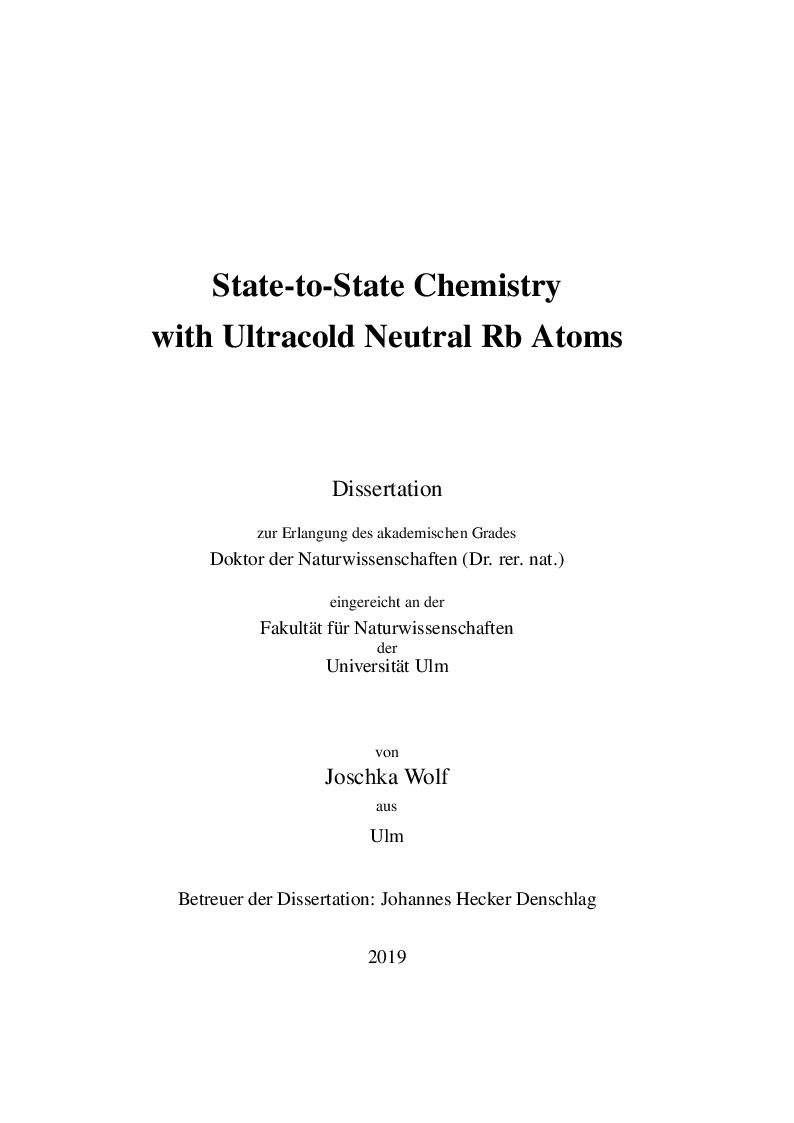 In this thesis, I report on experiments on the detection and the production of molecules in an ultracold atomic gas. These experiments can be divided into two main parts. The first part is about state-to-state experiments where chemical reaction products are detected in a quantum state resolved way. The second part is about Rydberg molecules. In the first part, I investigate three-body recombination of neutral Rb, which is a chemical reaction leading to the formation of Rb2 dimers. The quantum states of the three-body recombination product molecules are investigated for different initial atomic samples. This includes different atomic hyperfine states and different atomic magnetic sub states that are prepared. The molecular reaction product is state-selectively ionized and detected afterwards. The detection scheme resolves total electron spin, the vibrational, the rotational, the hyperfine and even the magnetic sub state of the product molecules. We determine the population distribution of the product molecules covering the majority of all produced molecules. The insights gained enable us to formulate various propensity rules for the three-body recombination of 87Rb. The second part is furthermore divided into two parts: the investigations of charged and uncharged Rydberg molecules. The investigations of charged Rydberg molecules are the first step towards one of our goals, the photoassociation of BaRb+ or Rb2+ Rydberg molecules. For this work, we have developed a novel method to measure Stark spectra within an ion trap. In experiments with neutral Rb2 Rydberg molecules we observe a complex spin structure of the molecular states. The substructure emerges partially due to a novel, recently predicted spin-orbit interaction of the Rydberg electron and the perturber atom, which we prove for the first time.