Remarks on van der Waals's equation, the cohesion pressure of a gas, and the role of intermolecular forces 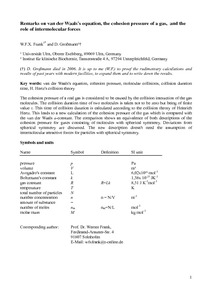