The hierarchical organisation of cuticle in the basis-coxa joint of terrestrial isopods: variations in structure and composition adapt the cuticle for movement, support and stability 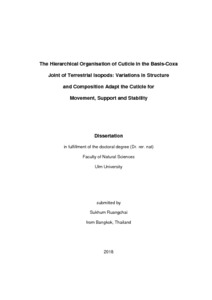