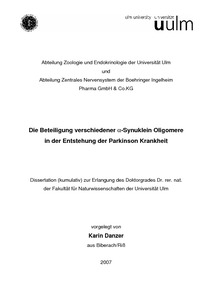 Aggregation of alpha-synuclein (alpha-syn) has been linked to the pathogenesis of Parkinsons Disease (PD) and other neurodegenerative diseases. Increasing evidence suggests that prefibrillar oligomers and protofibrils, rather than mature fibrils of alpha-syn, are the pathogenic species in PD. Despite extensive effort on studying oligomerisation of alpha-syn, no studies have compared different oligomer species directly on a single particle level and investigated their biological effects on cells. In this study we applied a novel highly sensitive single molecule detection system that allowed a direct comparison of different oligomer types. Furthermore, we studied biological effects of different oligomer types on cells. For this purpose, we developed new oligomerisation protocols, that enabled the use of these different oligomers in cell culture. We found that all of our three aggregation protocols resulted in heterogeneous populations of oligomers. Some types of oligomers induced cell death via disruption of cellular ion homeostasis by a presumably pore-forming mechanism. Other oligomer types could directly enter the cell resulting in increased alpha-syn aggregation. Based on our results we propose that under various physiological conditions heterogeneous populations of oligomeric forms will co-exist in an equilibrium. These different oligomer types lead directly or indirectly to cell damage. Our data indicate that inhibition of early alpha-syn aggregation events would consequently prevent all alpha-syn oligomer related toxicities. This has important implications for the development of disease modifying drugs for the treatment of PD and other synucleinopathies.